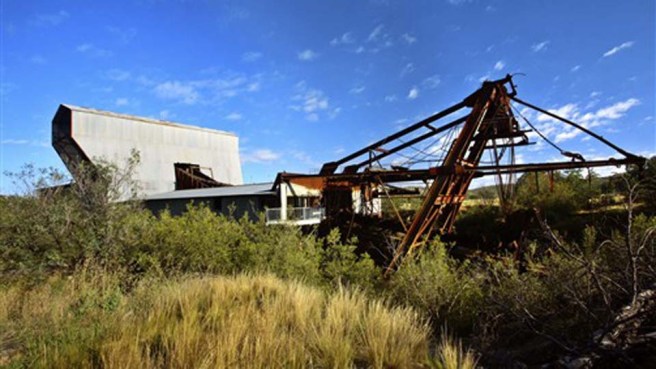 Located in Central Nothern Victoria near Wangaratta, Eldorado was an old mining town. At the turn of the century, a rich source of alluvial tin was found along with a variety of semiprecious gems including Diamonds, Quartz, Smokey qtz, Amethyst and Citrine. David Roberts was a longtime propector looking for minerals specimens for his collection. Having scoured the hills and valleys for years finding and mining unique quartz specimens, he had never found a large deposit that produced many specimens

That was all to change 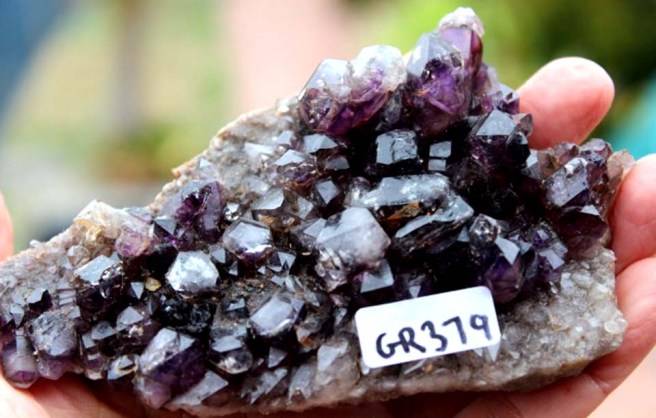 Amethyst is a purple variety of quartz (SiO2) and owes its violet color to irradiation, iron impurities (in some casesin conjunction with transition element impurities), and the presence of trace elements, which result in complex crystal lattice substitutions.[1][2][3] The hardness of the mineral is the same as quartz, thus it is suitable for use in jewelry.

Amethyst occurs in primary hues from a light pinkish violet to a deep purple. Amethyst may exhibit one or both secondary hues, red and blue. The best varieties of amethyst can be found in Siberia, Sri Lanka, Brazil and the far East. The ideal grade is called “Deep Siberian” and has a primary purple hue of around 75–80%, with 15–20% blue and (depending on the light source) red secondary hues.[4] Green quartz is sometimes incorrectly called green amethyst, which is a misnomer and not an appropriate name for the material, the proper terminology being prasiolite. Other names for green quartz are vermarine or lime citrine.

Amethyst was used as a gemstone by the ancient Egyptians and was largely employed in antiquity for intaglio engraved gems.[7]
The Greeks believed amethyst gems could prevent intoxication,[8] while medieval European soldiers wore amethyst amulets as protection in battle in the belief that amethysts heal people and keep them cool-headed.[9] Beads of amethyst were found in Anglo-Saxon graves in England.[10] Western Christian bishops wear an episcopal ring often set with an amethyst, an allusion to the description of the Apostles as “not drunk” at Pentecost in Acts 2:15.[11]
A large geode, or “amethyst-grotto”, from near Santa Cruz in southern Brazil was presented at the 1902 exhibition in Düsseldorf, Germany.
In the 19th century, the color of amethyst was attributed to the presence of manganese. However, since it can be greatly altered and even discharged by heat, the color was believed by some authorities to be from an organic source. Ferric thiocyanate has been suggested, and sulfur was said to have been detected in the mineral.[12]